OSU IN IGBO TRADITION AND THE JOURNEY TOWARDS CIVILISATION

The categorization of human beings into groups or classes is universal and as such common in every human society. While categorization in general can be described as a normal human attribute, this does not negate the fact that it can also lead to one group being ranked as superior to another. This is in fact the case of the Osu-Diala dichotomy in almost all the Igbo speaking states in Nigeria. Also the recent happening in Umuocho kindred is a case in point. The Osu-Diala seems to be replicating itself in Ocho ukwu (freeborn) and Ocho Nte (Mgbo la Ivichi), whereby Ocho ukwu (freeborn) never lets the issue and the presence of Ocho Nte (Mgbo la Ivichi) slip off their consciousness in any gathering. The next step in the progress of this growing separation is for the Ocho Nte (Mgbo la Ivichi) to be explicitely called Osu; thereafter would start their dehumanization, deprivation of social or legal
rights, except those rights which the community feels that, if they are deprived of, would attract the wrath of the gods. This study brings to the fore the causes and effects of this human groupings and some contributions by some agents of change to annihilate the scourge in Igboland. The conclusion is that the burgeoning social problem could also be used as a good example of how not to proceed in human categorization of ones fellow human beings. 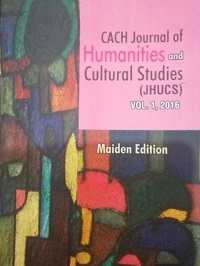