THE 1999 CONSTITUTION AND THE ALLOCATION OF TAXING POWERS: WHERE LIES THE PRINCIPLE OF FISCAL FEDERALISM

The paper examines the division of taxing powers under the Constitution of the Federal Republic of Nigeria, 1999 as amended. The paper observes that the constitution concentrates the taxing powers only on the central government. Part I of the Second Schedule contains 68 items with the heading ‘exclusive legislative list’ which only the federal government can legislate upon to the exclusion of the states and which contains virtually all the taxing powers while the concurrent list in Part II of the Second Schedule which both the states and the federal governments can legislate upon does not contain a single taxing power. For this reason, the states rely on only resources from the federal government for survival. The paper further examines the Taxes and Levies (Approved List for Collection) Act 1997 and the Federal Inland Revenue Establishment Act which further compounded the issue by centralizing the tax system in Nigeria. The paper finally examines the concept of federalism. One of the features of a true federalism is the independence of the component units including fiscal independence. The paper concludes that fiscal independence of the component units is necessary and this can only be achieved if the states are allowed  to legislate, to the exclusion of the central government on some tax laws like the Value added Tax. 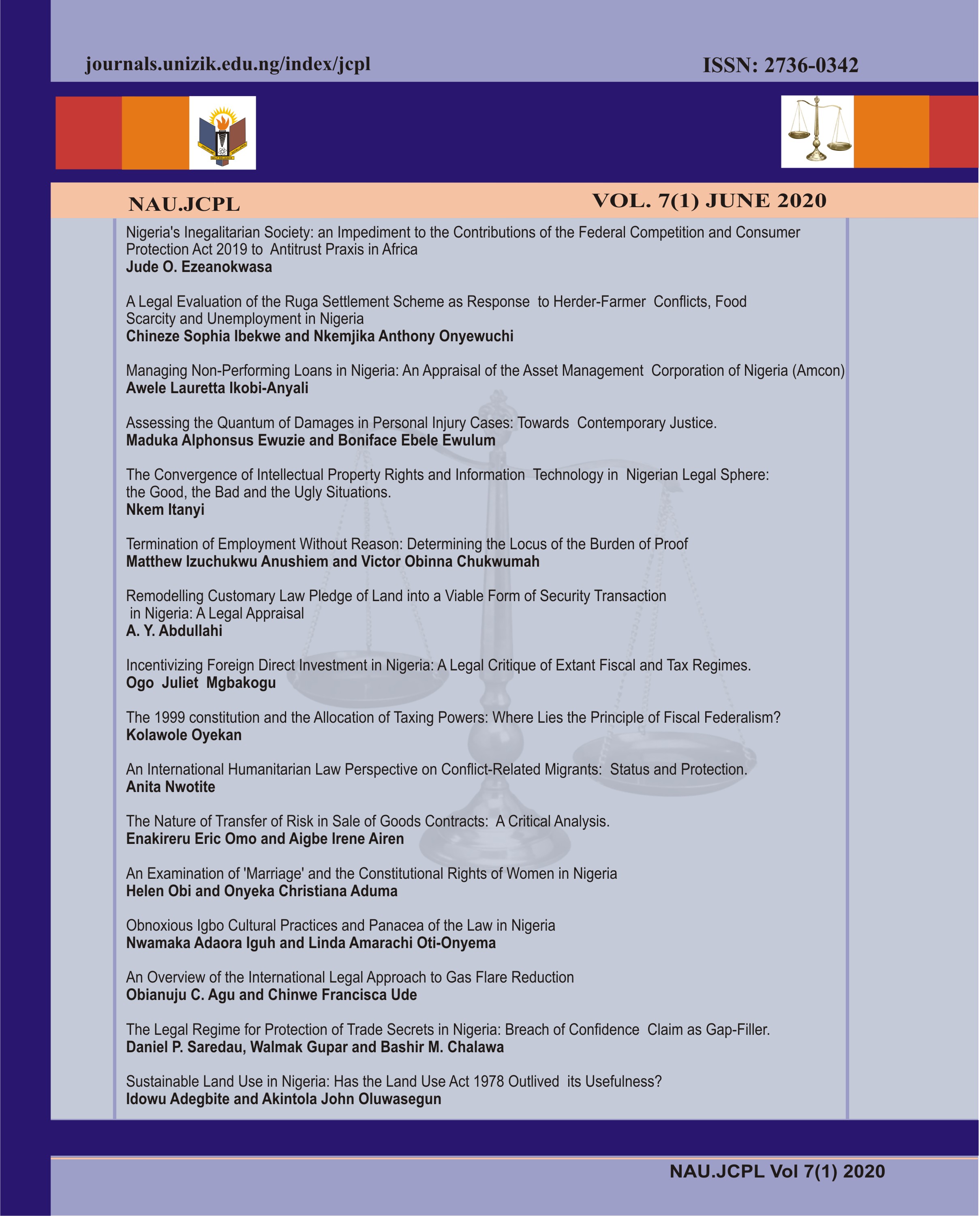